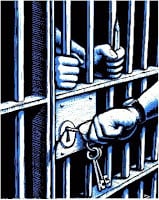 I was shocked  to read about a nine year old boy who threw tile cleaner (an acid based cleaner) on a baby and toddler yesterday in Prahan.
My first thougth was ‘Oh my god, how could he do that? That poor mother and kids!’ but then I thought ‘Hang on, how many nine year olds would know that tile cleaner was toxic/ caustic?’. My kids have grabbed the Pine O Clean multi purpose spray or Windex spray when I wasn’t looking and spray it around and thought it is hilarious without any thought to what it is. Luckily, it wasn’t on anyone though.
Who is to say that it was labelled? Did the child actually know what it was?
I’m not condoning what he did but I would think a nine year old would think it was funny to tip liquid onto someone below. It is like kids spitting or throwing things from high places, I guess. They know they shouldn’t do it but it is fun to do it.
If the child did know it was acid/ dangerous, where would he have got the idea to spill acid on someone? I have seen kids cartoons recently (mainly shows like Ben 10 and Batman) where they do these things but did that give him the idea to do it? We will never know the whole story as to why he did it but most kids this age don’t think of the consequences of their actions (especially boys), they just ‘do’ and then think about consequences later. But having said the above, this wouldn’t of happened if he had been supervised in the first place and his parents knew where he was.

So the big question is…“Where were his parents?”

Why is a nine year old (and his 8 year old friend) allowed to wander around the streets on his own? I have a son who is 8 years old and I wouldn’t let him wander around on his own, mainly because we live near a main road and a shopping centre, so it can be quite busy, not mention there are hoons who drive around here like idiots. If he wants to go to a friends house I walk or drive him there, I wouldn’t let him go by himself.
Where the child was, in Prahan, isn’t a quiet suburban area where kids can play and run around, this is in a busy, built up area. Chapel Street is one of the busiest streets in Melbourne. So why was he allowed to wander the streets with an eight year old? Yes, the kids had a day off yesterday so teachers could have training for the new Ultranet system but that is no excuse to leave kids by themselves.
What if they were abducted or something had happened to them?
Playing in a car park isn’t the ideal place for kids to be. Kids are hard enough to see at the best of times while driving, in a car park would 100 times harder and it would of been quite easy to hit them. What would of happened if one of these kids had been injured?
If the parent had to work, then they should of organised someone to look after him. Most schools offered care for the day and it isn’t expensive. I think it was about $30 for the day at my sons primary school. For the peace of mind in knowing that your child is safe and being looked after $30 is a small price to pay.
This child is known to police, which for someone so young is terrible. What future does this kid have if he is already known to police and for getting into trouble? If the parents can’t cope with or handle him then there should be support and help out there for them!
Recent statistics show a huge increase in the levels of juvenile crime in Australia. Last year there were twice as many juvenile related crimes than those commited by adults mainly in vandalism, theft and assaults.That is a very scary statistic.
Child crime rates have experienced a dramatic increase with almost 10,000 children aged 14 and below being accused of committing crime.
The statistics released by the police has shown that almost 18 per cent of the children between 10-14 years of age were been cautioned, arrested or ordered to appear in the court.
The figures showed that 9860 children between 10 to14 yrs were accused of committing crimes last year.
It was 1,532 more than the year before, and almost a third of all alleged juvenile offenders. According to the data, 2119 children were accused of shoplifting, 1642 for damaging property, 1355 for burglary, 1029 for assault and 1022 were accused of stealing cars or their contents, reports News.com.au. Dozens were also interrogated over robbery, arson and sex offences that also included 24 alleged rapists (Rapists… kids under 14 years of age!! I was totally shocked by that.. but with easy access to porn and violent images, I guess we shouldn’t be so surprised. Recent studies show that children who viewed porn and violent material dramatically increases the risk of the child commiting a related offence).
Insp Soden said locking up the youngest offenders only heightened the risk of them becoming career criminals.  Police are joining forces with welfare, health and education authorities to tackle the crime problem and keep troubled kids out of jail.
The above statistics are just for Victoria…nearly 10,000 kids in a year! Imagine what the statistics are for the whole of Australia!!
Where are the parents of the children who are commiting these offences?? 10,000 kids! There is no excuse for it!
Have we become so lax in our parenting that kids are allowed to do and get away with anything?
In some states of America, parents are being held accountable for their childrens actions. Should we go down this path??
What are your thoughts on children and crime?