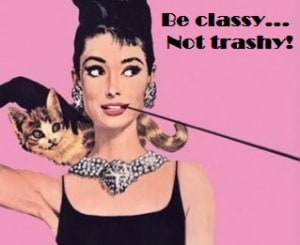 I’m not sure if I’m getting old and less tolerant and grumpy or if I am the conservative snob my ex mother in law used to call me (‘two bit snob’ was the exact term she used) but I seem to be doing a lot of ‘tut tutting’ lately. I’m starting to think we are becoming quite a classless society with no respect for others…. and even ourselves.
Firstly, there were the two school girls who had their feet and bags on the seat in front of them on a Melbourne train and who refused to move them so people could sit down. A man asked them politely if they could removed their feet and bags, only to receive a mouthful of abuse and foul language.
A similar incident happened at Spencer Street station when ticket inspectors asked two girls for their tickets, a mouth full of language directed at the inspectors, as well as being spat on. These girls were 14 years old! Their parents must be so proud. 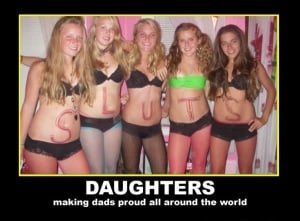 Personally, I think there is nothing worse than a young girl (or even older women) swearing their heads off. You can’t even walk down the street now without hearing someone say the f or C bombs. Really? Is there any need for swearing to be added to every single sentence? And it is usually multiple times as well.
I’m not saying I don’t swear, I do but I don’t swear all the time. Only when the right timing presents itself… like when one stands on a piece of Lego, for instance.
The racist mouthing off on public transport has also become a problem. Here’s an idea to the person who spouts off their racism and hate…. Shut your mouth! No one wants to hear the dribble coming from your mouth.
I am a firm believer in “If you have nothing nice to say, don’t say it”.  Unfortunately, this line of thinking must had skipped a few people…. well not a few people it seems, actually a lot. 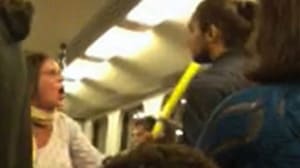 Community pages on Facebook are also cringe worthy for me. The things people write on a public forum, OMG! Negativity, name calling, derogatory remarks, swearing, racism, sexist remarks… it’s all there. News and radio station pages seem to draw these types of people to them the most (especially news.com.au and the aus stereo network pages).
It seems that in the day of social media we can say and do anything we want and not concern ourselves with such things as class, decorum or taking anyone’s feeling into account. It’s a free for all. Don’t get me wrong, I am all for free speech but would it hurt to have some manners and etiquette?
And we won’t even talk about the spelling and grammar, I sometimes wonder if our education system is failing because if you read comments online, it definitely seems that way! 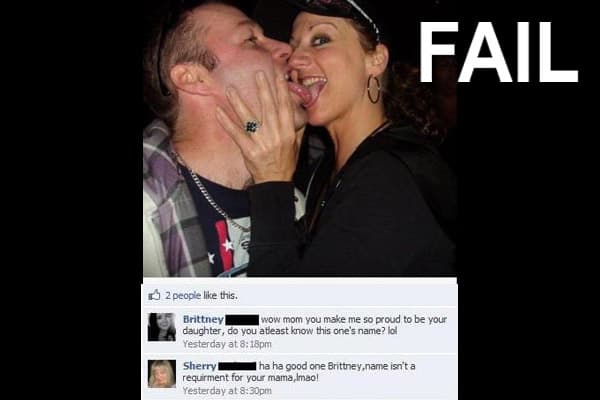 Weekend before last I went out to Crown on a Saturday night (as one does) and I was actually shocked by the lack of clothing the girls of today seem to think is hot to wear.
Ummm nooo lovey, most people don’t want to see your butt cheeks, what you had for breakfast or your boobs… all hanging out of the barely there dress. Why even wear a dress at all, really? What will be next… going out in the nude a la Miley on her wrecking ball?
I understand the whole “expressing ones sexuality” and needing to wear what you feel sexy in but really, what messages are these girls sending to guys?
Yes, I know it sounds like slut shaming but come on, with all the sexually provocative images young guys see on tv and on the internet is it any wonder girls aren’t respected by guys.
The way young men perceive women as sex objects is terrible and unfortunately, girls are adding to that objectification with how they dress and act. I mean, do you see guys fake masturbating in their music clips or getting their bits out? No. 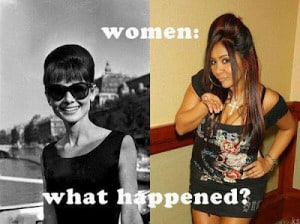 As a mum of three boys, it isn’t an easy task to raise them to respect females when they are bombarded with the opposing message everywhere.
I guess it doesn’t help when you have “stars” like Miley, Lady Gaga, Rihanna, Ke$ha etc acting like erm… how can I put this nicely…. whores, perhaps? Miley’s twerking on the MTV awards and Rihanna’s latest music clip (OMG!).
Erm yes because all women want to be seen as offering it up to any guy they come across.  Head.desk. What are they saying to the teen girls who idolise them? That is how a female acts around males? That a girl should dress and act like that?

Miley in whatever this is. 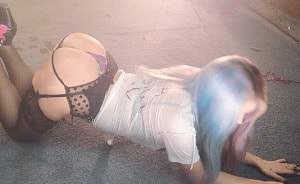 Ke$ha being a respectable young woman.
I used to wear mid thigh mini skirts, sheer black shirts with a black bra underneath and catsuits (hey, it was the 90’s ok!) but I never wore things like the girls wear today. It really is appalling.
We also idolise people like the Jersey shore, Kardashians and “real housewives”? There is something definitely wrong with society there! Make sex tapes, get cosmetic surgery and be as fake as you can and you can earn millions of dollars…. aarg! 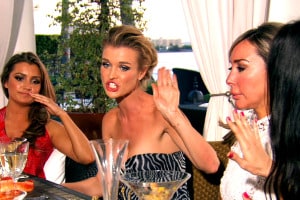 I think real housewives would have more class than these ladies.
Guys aren’t much better with racism, sexism and boganism. A lot of ism’s there! Hooning, southern cross and “F off we’re full” stickers (and tattoos), beards (YUK!), yelling and carrying on down the street, constant swearing. Pants halfway down their butts. Just no. 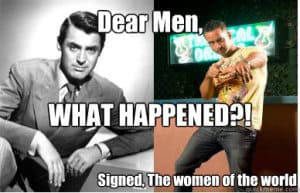 There seems to be little respect also for other people’s property, other people, the police and ambulance workers, even people who work in stores are treated poorly and not respected. Why is it now socially acceptable to treat others like crap?

I don’t know about you but I do worry what sort of world I am bringing my boys up in. What are you thoughts?

Katy Perry is a Covergirl

Redesigning Your Kitchen: 4 Ways To Improve Its Look

4 step guide to help you become a good guitarist!