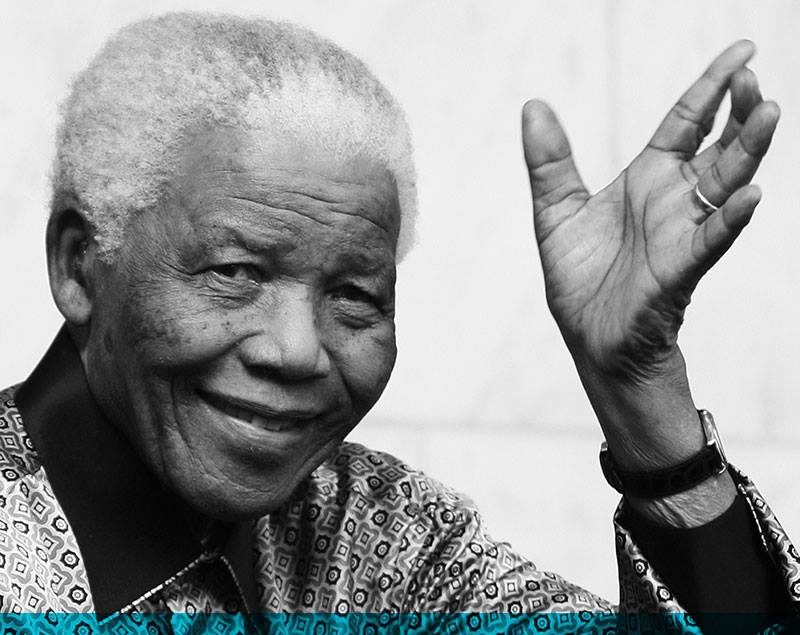 The world mourns a great man today as Nelson Mandela died, after a long illness at the age of 95.

For those who didn’t know I have listed some of the positive things he accomplished:

Nelson Mandela became actively involved in the anti-apartheid movement in his 20s, Mandela joined the African National Congress in 1942. For 20 years, he directed a campaign of peaceful, non-violent defiance against the South African government and its racist policies.

In 1993, Mandela and South African President F.W. de Klerk were jointly awarded the Nobel Peace Prize for their efforts to dismantle the country’s apartheid system.

In 1994, Mandela was inaugurated as South Africa’s first black president.

In 2009, Mandela’s birthday (July 18) was declared Mandela Day to promote global peace and celebrate the South African leader’s legacy. A movement that asked people around the world to volunteer for 67 minutes. The number represented the years he devoted to helping his country and the world at large.

“I ask you to celebrate by following his example,” Bill Clinton said of Mandela Day, “by doing your best to help others with a full, happy, [and] grateful heart.”

He is also well known for his charity work for AIDS, poverty, hunger and work with 50 charities over his lifetime.

Mandela was famously quoted, “One of the things I learned when I was negotiating was that until I changed myself, I could not change others.” when speaking of his quest for freedom.

I think this sentiment resonates with a lot of people (or it should), as more and more people voice their disdain for anything and everything in life, maybe we should be thinking about how we project our negative thoughts towards others, especially on social media or in society in general. If we change our thought process to become more positive and take action for ourselves, maybe it will have an impact on others and make a positive change.

Instead of whinging about everything and expecting things to be handed to you, I think people need to be more positive and actually do something about the things they deem wrong. It is good to speak out about things but another to whinge and criticise and not do anything about it. 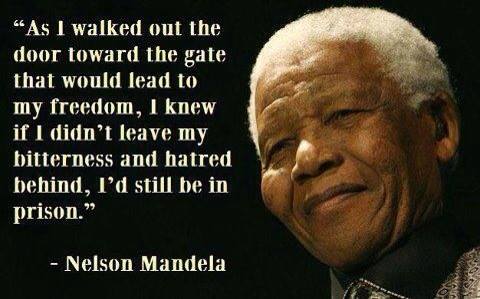 Mr Mandela’s humility, passion and humanity, earned him love from all over the world, not just by those he was seeking equality for.  Not once did Nelson bad mouth the people who put him in jail.  “As I walked out the door toward the gate that would lead to my freedom, I knew if I didn’t leave my bitterness and hatred behind, I’d still be in prison.”

Therefore what made Mandela so successful in his use of love and forgiveness was that he didn’t just talk about it, but he exemplified it as well. He worked diligently to urge love and forgiveness amongst the populace, whether through the unifying power of national sports or through the formation of the Truth and Reconciliation Commission that would help deal with the country’s past. Mandela recognized the interconnections of humanity, stating “I am what I am because of who we all are.” 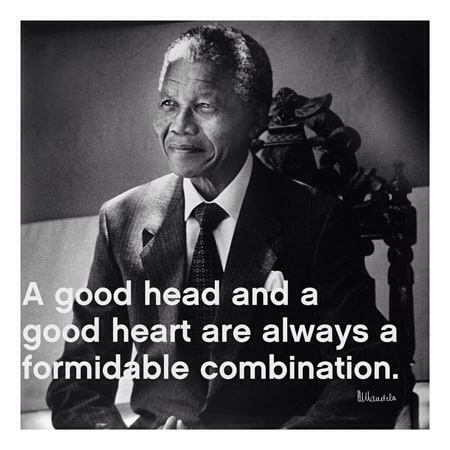 For Mandela, these principles were not just a way forward for himself, but for his country as well. His example of what’s possible, the extension of love and forgiveness from one man to an entire country, is perhaps the reason he is one of the world’s most prominent figures when we speak of actions from the heart and passion for what you believe in.

So what can be learned from Nelson Mandela and the way he lived his life:

Forgive easily. Bitterness only hurts you, not the person you are upset with.

Make a stand for what you believe in. Don’t just whinge about it, do something about it.

Do everything with passion and from the heart.

Practice humility. Something which lacks in Australian society as a whole.

Care and look out for others (especially with those less fortunate than themselves (see also: Humility)). Not enough people do this anymore, society has become too self absorbed/ obsessed.

A sense of community. Instead of putting someone down, give them a help up.

Be grateful for what you have. There are plenty of people worse off.

What do you think? What have you learned from Nelson Mandela and the way he lived?

Out With The Old: 5 Reasons To Buy High Quality Mattress

An office on the go

How to Stay Organized During Pregnancy