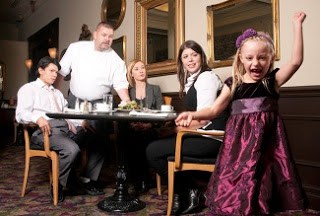 I was reading an article yesterday regarding a shopping centre needing to put up a notice to ask parents to stop their children from screaming and to think of the people around them. There wasn’t any malice to the notice, it was simply asking parents to be responsible for their children and to be considerate of others around them. Fair enough ask, yes?

I can see both sides of the argument, yes kids will be kids but a shopping centre isn’t a park to let your kids run around screaming and playing chasey etc (how many times have you seen this in a food court, cafe or restaurant?). Parents need to remember that other people use the centre too. They have a right to shop in peace without having to listen to high pitched squealing and dodging kids running around.

Of course, you are going to have crying kids and special needs children who can’t help their reactions and most people would give an exception to that. Having said that, I have two special needs kids (my eldest has ADHD and the middle child has Aspergers Syndrome) if it is getting too overwhelming for them, I take them home or find a quiet place where they can settle down. I have never let the boys run around, yell, scream or carry on when in public spaces (my eldest is now 18).
Most toddlers and younger kids cry and scream when they are tired and hungry, I used to take them home for a nap and something to eat. Surely, shopping can wait? You see these poor kids whinging and carrying on because they are clearly over tired and over it. You feel sorry for the kids being dragged around everywhere. I have also seen kids out at restaurants at 9.30 at night and being dragged around Melbourne’s Crown Casino’s shops at midnight. I cannot understand why you would have your child out that late for a start, let alone at a Casino. 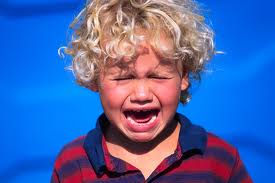 It was interesting to read the comments on the article. I would say over 90% of people who commented said the same thing I was thinking. There are too many parents these days who don’t control or discipline their children and are putting themselves first instead of their kids. How many times have we seen parents walking around glued to their smartphones and not watching their kids? Or when parents are talking to other adults and totally ignore their kids and the fact the kids are running riot?
Last weekend was a real eye opener for me (we took part in a trip with a group of other parents), I have never claimed my children are perfect but my god some kids need to be pulled into line! I don’t usually judge other parents, as I have always believed they are trying to do the best they can but the children were so rude! Pushing in front of others, saying “It’s MY turn” and pushing other kids (and adults!) out of the way to where they wanted to go or do something. The parents stood there and didn’t say anything! Then there are the children who are just let run around everywhere. The airport, the war memorial, jumping around on the bus, yelling and carrying on on the flight to and from Canberra from Melbourne. The extent of the parent reprimanding the three boys was ‘Don’t do that’ with no follow through. Obviously, the boys just ignored her. 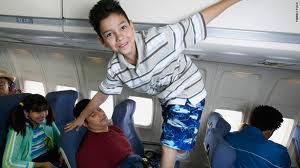 The extreme end of complacent parenting has to be at resorts with families on holidays. We were staying at a well known resort on the Gold Coast with the boys and we were out by the pool. I usually watch the boys like an eagle around water. Other parents, not so much. My eldest had to pull two kids out of the water because the kids nearly drowned. One in the pool, the other in the spa. Where were the parents you ask? At the bar, lying on a sun lounge drinking or sleeping. Same situation with other parents but they let their kids get so sunburned, an ambulance took the kids to the Gold Coast hospital the next morning.
I can understand you are on holiday to relax but seriously, does your own need for relaxation rule out being a decent parent and looking after your children’s needs?
This also goes for parents who let their kids climb over everything and then complain when the child falls off and hurts themselves. Seriously, you are going to blame the owners of whatever your child was climbing on for your neglect to watch your child in the first place? I saw this first hand at a theme park. The child was climbing on a statue he shouldn’t have been on, fell off and hurt himself. The parents then said to the staff it was obviously dangerous to have that statue around kids and maybe they should get rid of it.
I saw another situation at a department store recently. A child was running around the shop for ages, the mother wasn’t watching him or telling him to stop it and bam! He ran into a shopping trolley being pushed by an elderly lady. The child really hurt himself. The mother then proceeds to tell the elderly lady off for not watching where she was going. The elderly lady was clearly in shock at the mothers attitude and didn’t say anything but I was quick to point out that her child had, in fact, ran into the trolley himself (maybe if she had been watching him, she would have known that!). She grabbed the child by the arm and stormed off in a huff. The elderly lady just shook her head at me dumbfounded.

So this begs the question… do some children lack consideration, courtesy, empathy and respect for other people (don’t get me started on animals!) or other people’s property now? I’m sure we were all brought up to do so.
Have we become a society where we are so self obsessed or absorbed that we are too lazy or uninterested in our own kids? Or maybe it is a case of “my child can do anything they want because they have a right to be themselves” factor? Something else?

Have have to wonder what type of adults these kids are going to grow up into? 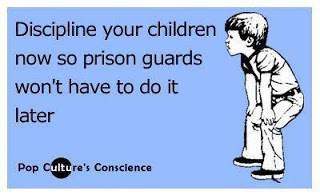