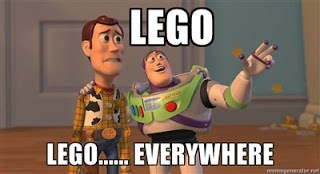 Is it just me or do most houses with kids in them get taken over with Lego? I’ve found the little coloured bricks in the washing, pantry, in my bed, the fridge, in the car…. everywhere!

Mr Thomas and some of his creations: 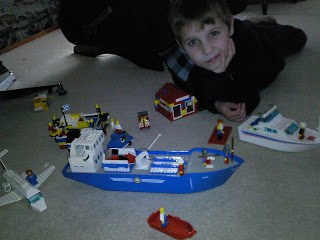 The best thing ever was when I bought my Dyson vacuum cleaner and the Lego bricks don’t clog it up like they used to in the old Hoover. As I have told the boys, if it’s on the floor when I’m vacuuming then it’s fair game for the Dyson to suck it up… yes, I am mean mother like that!
Mind you, Lego has been in this household for sixteen plus years With three boys who love it, there is definitely not a shortage of it here. Two extra large tubs here and three large tubs at their Dad’s house and they still want more! I find it interesting that Lego has been in Australia for 50 year and still manages to capture the imagination of children the world over.

I used to play with my brother’s Lego when I was younger and preferred Lego to playing with my barbie dolls.  Well yes, I was a tomboy but making houses out of Lego was fun.
Anyway, back to the present day.

Even the cat plays with Lego. You can’t help but laugh at a cat hitting around a piece of Lego on tiled floors and rolling around with it in her paws and then carrying it around in her mouth like a prized piece of meat. Just too cute for words! Although, the boys aren’t too impressed when they can’t get the Lego off her.

Here are the boys with more of their creations: 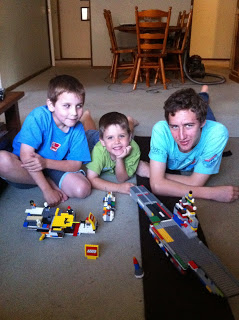 If you haven’t yet ventured into Myer Melbourne yet, I highly recommend doing so. Not just for the store itself but for the amazing Lego displays. The boys loved it. Here are some pictures of the boys in Myer and some of the Lego displays: 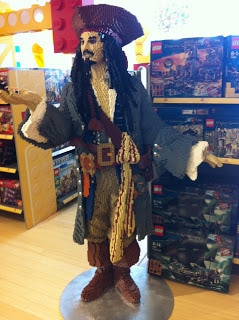 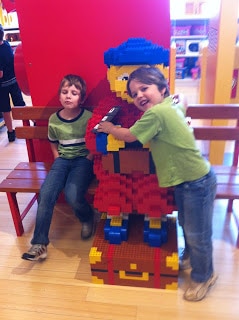 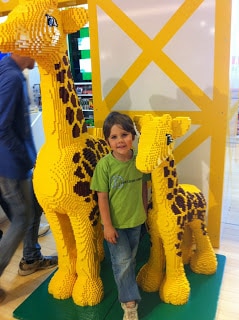 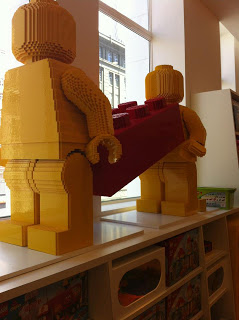 Aren’t they amazing? You would have to wonder who has the patience to build them and the time it took, don’t you?

To celebrate our love of Lego, we are giving away 1 of 4 LEGO Monster Fighters Prize packs!

The Mummy (RRP$15.99)
Trained magician Ann Lee wants to stop the Mummy, who is in his chariot on the way to the vampire Castle to deliver a moonstone. He defends himself with a big sabre, and spurs on his glow-in-the-dark skeleton horse. But it will take more than that to frighten off the courageous heroine. 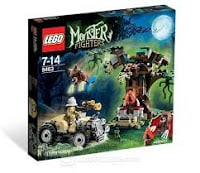 The Werewolf (RRP$34.99)
Major Quinton Steele is in his hot rod – a car specially designed for hunting monsters – chasing the Werewolf. But the evil Werewolf is already up the magic tree, lying in wait in werewolf lair. Just as the right moment he catapults himself from the treetop and onto the Major. Who will win the fight?

The boys received a pack to review/ evaluate and they said it was ‘awesome’. They have been having battles etc with the figures and playing with them for hours, so I take that as a pretty good sign the Monster Fighters Lego is pretty cool!

And in 25 words or less post a comment below telling us why your kids love Lego so much.

Planning a Moms’ Event? Here’s a Handy Checklist Tailored For YOU!