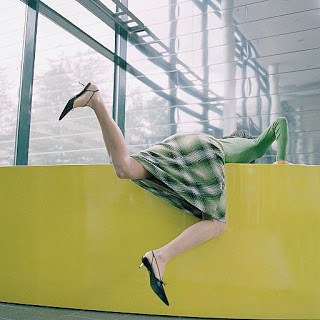 I am one of those people who, if there is any chance of it happening, I will be the one it will happen to. You have read about my beauty blunders, now read about my uncoordinated-ness!
Personally, I blame the ability to hit or fall over random objects with ease on being half Irish and not the uncoordinated, geek girl I am.

Falling over multiple times in front of random strangers… check.

Drawers, door handles, coffee tables, you name it… one of my limbs will find it! I constantly have bruises on my legs and arms and I don’t have the faintest idea where most of them have occurred. 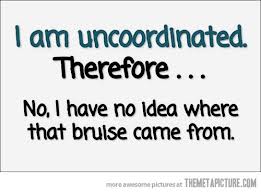 A few days ago, I was picking up Max’s (our shihpoo puppy) toys up from under my desk and I whacked my mouth on the arm of my desk chair resulting in a cut lip. I posted about it on Facebook and none of my friends were surprised, especially my best friend, she has seen many unco moments over the years. The funniest unco moment of mine for her would have been at her 21st, where I walked (and fell) through the sliding back screen door into their backyard, in front of everyone who attended! So embarrassing, I hadn’t even started drinking yet!

(left) This would be my best friend, if I ever fell down stairs in front of her. Amazingly, I have never done that… even the many nights we had spent at the nightclub where we grew up, which had stairs up to the club. Even when drunk and wearing heels. Not. once!
Hmmm maybe alcohol inhibits the unco gene? OK, I need a grant or some funding so I can research this! Anyone??

I can’t say I have fared so well with other capers I have been involved in though. I have fractured my ankle three times! Once while jogging on an uneven footpath, the second on a hill in the backyard of our old house while hanging out the washing and the third time, I was playing with my youngest on the floor with wedge heels on and my leg had gone to sleep. Dead leg/ foot with wedge heels on equals third degree bruising and a hairline fracture the length of my ankle! 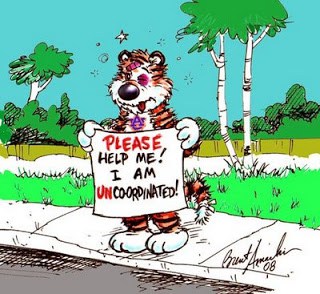 Speaking of ‘shoe incidences’, I was at a pub one night with a friend. I was wearing knee high boots at the time and they decided to slip on the tiles… needless to say I was standing one minute and the next I was on my butt on the floor. I guess it could have been worse and ended up with my legs in the air. Not one of my finest moments…. especially when there were a group of guys on the other side of the window who saw the whole thing.
Another time, I was at the Sydney airport waiting for a plane to return back to Melbourne from a work function. I was walking along and I hadn’t zipped my wallet up properly, cue money falling everywhere. Now, to try and pick up said money wearing a pencil skirt and six inch heels isn’t exactly fun or easy! It was ok getting down to pick up the money, getting up was a whole other story! I had to crawl over to the nearest shop window and pull myself up… a group of guys were going past on a travelator asked if I needed a hand. “Ummm nooo, that’s ok thanks!”… I’ll just hide in this store until the plane boards so I don’t die of embarrassment! 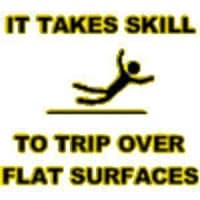 My uncoordinatedness doesn’t just involve injuring myself. About six years ago, I was doing the school pick up in my husband’s new Subaru Liberty. I was parking it and my foot slipped off the brake onto the accelerator. Car in front, no damage. Subaru $2000 damage and a not so happy husband. I have refused to drive anyone else’s car ever since and haven’t had another accident. Coincidence? I don’t think so! Moral of the story: Don’t use anyone else’s car if you are unco! 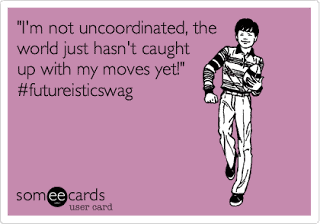 Two out of three of my darling boys were spared the unco gene but unfortunately, my youngest seems to have inherited the Anderson uncoordinated Irishman gene. Poor child. This is the child that when he ran when he was younger, he would inevitably fall over. Get knocked over by walking behind a swing. Get chased by our pet rabbit and fall over… the list is endless.  I guess we are lucky only one of them have the gene. Could you imagine all three kids with it? It would be a constant Three Stooges show! 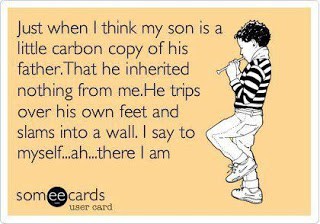 Are you uncoordinated or know someone who is? I would love to hear your stories!

A space for me

Everything you wanted to know about Botox and its Cosmetic and medical uses.