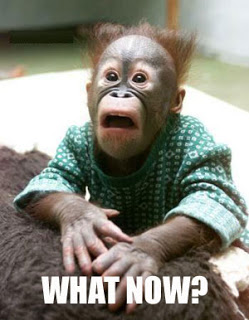 Today is of course Monday and I am hoping this week will be a lot better than last week.  To say last week was a bit of a shit would be an understatement and I’m quite happy it is now in the past.
I’m usually positive and optimistic, maybe overly so… I have an inspiration board, I look for the good in things and people, so why did I have a shiteful week last week?  To quote Rihanna from her song of the same name ‘What now?’.
This song really resonates with me because it summed up what my week was like.

I hadn’t been 100% so I had a blood test the week before. I’m on a higher dose of Thyroxine for my Hypothyroidism and vitamin D because both levels were really down. The vitamin D was strange because I’m such an outdoors person over the warmer weather, I love being out in the sun! So I’m feeling a bit better after taking the meds my Dr prescribed. However, the week quickly sky dived from there……
Sunday night started off with Mr T not being able to sleep and having bad anxiety (a part of Aspergers is most kids with it have anxiety). I gave him Brauer’s Calm but that didn’t work, so I ended up giving him Phenergan. I stayed in his room with him until he was settled and was told at 10pm “OK Mum, you can go now”. You have to love the bluntness of an Aspie! 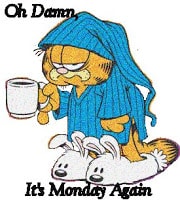 Monday morning wasn’t much better with Mr T looking like a ghost with dark circles under his eyes and coughing/sneezing. He was still teary and on edge, so thought it better to keep him home and take him to the Dr.
Then the smallest one chucked a tanty and said he was sick and he wasn’t going to school on his own. I couldn’t fight him to put his clothes on and get ready for school as he is too big now. His tantrum was so bad he flung his head back and hit his head on the arm of the sofa. No injuries, thank god! Luckily, the sofa arm is padded.
My eldest and I told him that is what is called Karma! You do something bad, something bad will happen to you.
Subsequently, he is now banned from ALL electrical devices for two weeks and amazingly, he has been behaving ever since.
Having had three boys, I really think you need to play hard ball every now and then, so they now you mean business or they will walk all over you.
To top that day off, I received an email to say I hadn’t been selected for the Voices Top 100 bloggers. I’m not going to lie and say ‘oh that’s ok, I don’t mind’. It was like a kick in the guts.
I’ve worked hard on this blog for four years and it does hurt that it didn’t get any recognition. I guess, I don’t really slot into a defined category though. I write about different social issues, fashion, beauty, parenting, products etc. I had originally set up Mummy of Style and Substance as a site where I write about things other Mums would want to read about and not a parenting site, of which there were plenty at that time. Oh well, I’ll just keep plodding along. 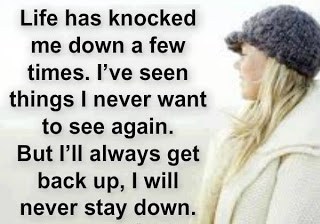 Tuesday saw two of my brand ambassadorships come to a close. One because of marketing budget constraints, the other because the business had gone into voluntary receivership. Things are a bit tight here financially at the moment. I’m just keeping my head above water but I need more work, plain and simple. Both with the blog and my consulting business.
Unfortunately, I’ve found that a) a lot of businesses (especially retail) are finding it hard at the moment and don’t have the money to spend on marketing b) there are ‘gurus’ out there who are full of crap claiming they know it all when it comes to marketing and social media but they don’t. But because they are good with a hard sell, they get the work. Not someone who has over 15 years experience in marketing and two business degrees (marketing and ecommerce) ie ME!

I have also had two ‘friends’ offer me the world and haven’t emailed back. You start to wonder if it is you or not… I know I can do the work and be 100% dedicated to what they have offered but I haven’t heard anything back. Maybe a thanks but no thanks would have been nice instead of being ignored all together?!?? I certainly wouldn’t do that to people.

Mr T was home again on Wednesday with bad anxiety. I couldn’t get him into the Dr’s, so an appointment was made for Friday.  You start to feel like a failure of a parent when your child is unhappy and there is something wrong and you can’t fix it.

Wednesday night was really good. We went and saw Adam Hills, as part of the Melbourne International Comedy Festival. Front row!! So funny. I loved it. Indian food after the show. Yum!

Mr T’s Dr appointment was on Friday. She asked him about his anxiety and if anything bad was going on to upset him. There wasn’t but I felt like it was implied that there was because he had anxiety, if that makes sense. Maybe I’m being overly sensitive or paranoid, who knows?
So referrals were written to the pediatrician and his psychiatrist for more appointments.I miss Mum terribly and coming up to Mother’s Day, it just makes me miss her even more. It will be eight months since her passing on Mother’s Day.

So after all of last week and a weekend of cleaning. Today, I fell in a heap. I was in tears when I got home after school drop off and had a huge anxiety attack. I still have the shakes.

Do you ever have days or weeks where you just think “Why do I bother?”.

OK… whingy post over now…. nothing to see here…. move along please 😉  xo