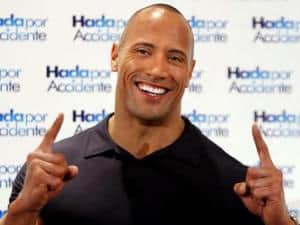 In many cases, you only have to look at a celebrity to know that they have undergone some form of plastic surgery. The more successful cases, however, are considerably less noticeable; in fact, they are hardly noticeable at all. You can’t quite pin point it, but something is making these stars look younger, or healthier, or simply better than they have looked in previous public appearances. Chances are, these stars have invested in cosmetic treatment, more or less. Here is a brief look at five celebrities who have had liposuction without you knowing it—while this sounds presumptuous, it may in fact be true! In which case, you are welcome.

Professional wrestler/actor, “The Rock,” got what is typically known as male breast reduction, which, in his case, involved the removal of chest fat in order to achieve a slimmer-looking build, by comparison to his former hulk-resembling build. Having the physique that he’s always had, this is rather hard to believe, which is why you might not have known that he ever went through with it – hence the title of this article.

Fabulous Rocky Horror actress, Susan Sarandon, is open to having had facial liposuction in her most recent years as one of the many victims of Hollywood ageism. Be that as it may, she carries with her a sense of confidence and open-mindedness, which could very well be one of the positive effects of said surgery.

The hilarious and famously candid radio host, Howard Stern, revealed back in 2006 that he underwent liposuction in order to redefine the shape of his chin. This is a fine example of what one would refer to as a successful cosmetic procedure, in the sense that it is almost completely unnoticeable, unless you are looking for it.

The two-time Oscar winning actress, Jane Fonda, confesses that she too had chin liposuction as a way of minimising signs of aging, thus achieving a younger exterior. Surgery or not, she has otherwise maintained impeccable form due to her work as an aerobics instructor/general fitness fanatic. Her career shows that she seldom takes short cuts when it comes to health and lifestyle.

Among other cosmetic treatments, American Idol star Clay Aiken has admittedly undergone jaw augmentation surgery via liposuction in an attempt to enhance his features and, in turn, give him a more masculine appearance. This procedure has resulted in a broader facial form, which one would assume was Aiken’s hope in his quest for the all-American jawline.

Each celebrity listed above has achieved a successful liposuction simply by looking improved, rather than different or plain odd. The trick, secondary to good surgery, is noticeable confidence in their appearance, which is what all plastic surgery veterans hope for (whether they gain it or not is another story). Visit www.cosmosclinic.com.au if you are considering cosmetic treatment and are unsure of who to approach—i.e. if you would like to distinguish the professionals from the scams. Reassurance of Cosmos Clinic’s credibility will lie in the fact that it is led by open and highly trained medical practitioners, the founder Dr Ajaka being among them.