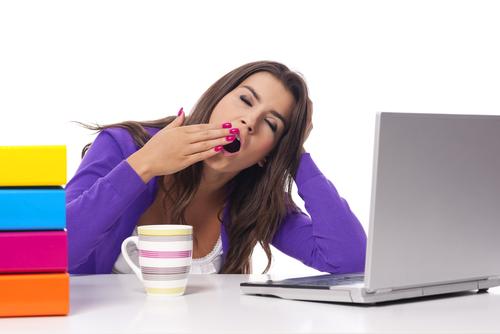 Yesterday was a pretty busy day, I had to take Mr 19 to an appointment and then into the city to hand some medical forms into the ADF for his recruitment. If you weren’t aware, Mr 19 was recommended for his preferred job in the ADF as a marine specialist. Yes, I am incredibly proud and excited for him. Such an amazing opportunity.

Anyway, I digress…. while we were in the city I ran some errands  and took the boys out for lunch on the way home and bought some cupcakes from the Cupcake Queens .  The younger boys seemed quite content on having gone out for the day.

You see, on Monday my youngest said to me “Mum, why don’t you ever do anything fun with us?” while I was working away in my office. Talk about mega guilt trip!

Mind you, I try to make sure I do at least one activity a day during the school holidays with them but apparently, that isn’t enough. *sigh*

It really isn’t easy juggling work and deadlines, three boys on holidays, a house to keep clean, appointments etc but according to one of my… well…. “friends”… and I use that term loosely now… I have it easy because I work from home. Ummm excuse me? What? Yes, that is right. Apparently, Mums who work from home have it easy.

Now I’m not going to make this post an us v’s them post in terms of working mums, work from home mums and stay at home mums. I don’t see the point in comparing our own lives to others. We all need to do what we have to do.

I have been all three. A working mum, where my eldest was in day care and before and after school care while I pursued my marketing and ecommerce career and of course, needing to financially. I know it isn’t easy for working mums, it is a juggling act to get yourself and the kids ready for the day, drop them off, work hard all day and then pick the kids up again. Then starts the night time routines of dinner, family time, bedtime etc. It’s exhausting.

I was a stay at home mum while the youngest two were little and I was quite fortunate we could survive on one wage so I could be at home with the boys.  A baby and a toddler and maintaining a house is hard work! Then came the running around of kindergartens and then different age kinders and the kinder and school runs. Oh and throw in the eldest going to school and high school.  Add in Mr Middle’s early intervention appointments for his ASD and I felt like I was mainly living in my car over that time.

Six years ago I started working for myself and I have to say, it is bloody hard.  I will give you an idea of what this week has been like while the boys have been on holidays:

Monday was spent trying to catch up with the housework after a busy weekend and trying to get my ever expanding list of work done. Hence when my youngest stated I wasn’t putting enough effort into keeping him entertained. You know, because the housework, washing and my work is done by magical fairies. Hmm wouldn’t that be nice?

Tuesday was a barrel of fun doing the grocery shopping with the two boys pesting and asking a billion questions, which resulted in me forgetting half of what I actually went there for and having to go back later. The eldest had a doctors appointment and had been gone for two hours, so I went to look for him as the doctors clinic is literally around the corner and doctors appointments don’t usually take very long with our clinic. I was starting to get worried. Seems they missed him in the computer system. I also had to take the eldest to a pediatrician appointment and wait with the other two while they tried to kill each other in the car for over an hour before dropping them off to their Dad’s for the night.Cue a nights peace and catching up with work.

Yesterday was as I mention at the start of this post and incredibly busy. No work done. So I was up until ridiculous early morning hours doing work. No amount of coffee is going to cure how tired I am today.

Today I walked into the kitchen to find it hadn’t actually been cleaned like the eldest had said he would. The boys wanting their breakfast. The cat’s and dog wanting their breakfast. Washing to be put on and a load to put in the dryer. A client not happy with a draft post I had written regarding parasites and wanted it to be more humourous and entertaining (Yes, because parasites are entertaining and humourous?!?? Maybe I could make a video of the parasites dancing and singing and that might make the client happy? *sarcasm*  I know I’ve been in marketing for 20 years but come on, really?).

The boys then let Mr Meowgi and Max the shihpoo out into the backyard only for them both come in drenched from head to paw. Resulting in chasing them around the house with towels trying to dry them and then having to clean up wet paw marks off the tiles and carpet.

By this stage, my third coffee was not relieving my stress levels and I had started contemplating hiding under my doona for the day.

Now, as I write this, the youngest has just asked to go to the local entertainment centre (Wyncity, Point Cook) and if he can have a toasted sandwich….. all while I have a deadline by COB today.  The boys have an Easter cupcake decorating activity at 2pm to go to as well. How I am going to get everything done, I have no idea.

So, as you can see, Mums who work from home really have things easy! What are your thoughts on women being judgy mcjudgers of others?

Your Ultimate Pre-Night Out Checklist

The Pros and Cons of Getting Your Tubes Tied