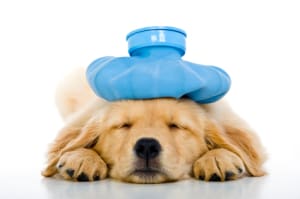 As per a few posts I have written previously, namely here and here  you will know I haven’t been well on and off for roughly six months now. Numerous blood test have been inconclusive and most days I am OK, some days I am beyond exhausted and my limbs ache so badly it actually hurts and I feel like crying. It is like I have had a recurring virus with no end in sight. As I have written in the title, it really isn’t fun to live with.

The past few days have been spent working from bed, I am quite grateful that I work for myself and I don’t have to go into an office because quite frankly, I wouldn’t be able to do it.  I have enough trouble keeping up with my house, running the house and cleaning it and trying to be a good parent to my three boys but it is incredibly hard when I don’t have any energy and it hurts every time you move. Even writing this is a struggle and don’t even get my started on using my smart phone. I can’t hold it for very long and text because it just hurts too much.

The doctor has put it down to my hypothyroidism, which I have had for nearly twelve years. Although, it seems to be getting worse as I get older. I have never had the body aches and pains I have now. Being constantly tired, bordering on exhausted is something I have just lived with during that time. I put it down to general life and being a Mum but I also knew it was part of having a thyroid disease.

I am on thyroxine medication and my levels are fine, so my GP won’t do anything else for me. She did give me a prescription for an anti-inflammatory medication but to be honest, I’m not too keen on using medication like that. So Neurofen Zavance or Neurofen Plus has been my savior for when the pain gets too much.

So what is Hypothyroidism? Basically, Hypothyroidism means the thyroid gland is underactive and fails to make enough hormones. The thyroid gland secretes hormones to regulate metabolic processes, including growth and energy expenditure. The most common cause of primary hypothyroidism is the autoimmune condition Hashimoto’s disease. The treatment is lifelong hormone replacement with thyroxine tablets.

Hypothyroidism is the most common thyroid disorder, and it is thought to affect around six to 10 per cent of women.

There are several causes of hypothyroidism, the most common are iodine deficiency or Hashimoto’s disease (which has caused mine). Hashimoto’s disease  is an autoimmune disorder. White blood cells and antibodies of the immune system attack and destroy the cells of the thyroid gland. Without treatment, death can occur within 10 to 15 years.

The symptoms and signs of hypothyroidism vary depending on individual factors including the severity of the condition, but may include:

If you have any of these symptoms, please see your GP and get it checked out. The longer you leave it, the worse it gets.

I am getting to the stage now where I am really over feeling like death, so I have made an appointment with my GP to obtain a referral to a thyroid specialist. I’m sick of hearing “oh it’s your Hypothyroidism”. Maybe it is but I’m sure something can be done for it instead of taking pain killers and anti-inflammatory medications. I can’t continue living like this anymore and something needs to be done about it.