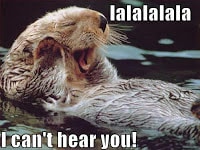 Do you know what really annoys me the most? When people whinge about their life and continually post on Facebook, Twitter etc that their life sucks… blah blah blah all that negative stuff. You know what people? All the bad things are happening to you because of your frame of mind. Positive attracts positive, negative attracts negative!! OK, yes bad stuff happens to the best of us but day after day? You have to start questioning why this is happening to you, don’t you?

I should know I used to be one of those people. Bad things happening consistently. I had a really bad mindset and it needed to change. So I did change how I thought and it really did change my life.

To say I have had an ‘interesting’ past would be an understatement and I am quite proud of myself, even though I have been through some really tough times, I think I have come out a stronger and better person because of it.
I grew up in a household where both my parents worked and were never home. I was a ‘latch key kid’ and looked after my younger brothers until my Mum came home at 6-7pm every night. I also did the majority of the housework. Not much of a life for a young girl growing up. I can’t even remember when we did things as a family unit. My Father walked out while I was away on a year ten camp to Central Australia, so naturally my mother came to rely on me more and more over the next few years.
At 18 I met my first husband, whom I married at 20, he was 29. According to a psychologist years ago, my ex husband was a way out of my home situation with my mother. I had my oldest son when I was 19. My first husband was emotionally and physically abusive. I recall my eldest sons first birthday and having to do all the preparations for the party with a huge welt across my leg from where he had hit me with the hard cardboard roll from Josh’s birthday wrapping paper. I went to my Mum who told me to ‘just forget it and make Josh’s day a good one’. Ahh yes… thanks for that, Mum.

I also received this advice on the days leading up to the wedding and not wanting to go through with it “You will be fine, just do it. It’s just nerves”. As I walked out of the church, I was in tears because I knew I had done the wrong thing and ended up with a migraine, missing most of the reception. Much of an omen?!? Gosh, yes!! My ‘groom’ was a lazy slob who never helped with anything and spent most of his time sleeping on the couch. We moved to Melbourne from the country town I grew up in and he became more emotionally abusive. He had practically shut off my family and friends and had me to himself. The relationship lasted a year after that, I couldn’t put up with the physical and emotional abuse any longer and kicked him out.
The only problem with that was he took most of the furniture and the car, leaving myself and our two year old with nothing. He even kindly left me in debt to the tune of $15,000 and I had to declare bankruptcy. For 7 years I found it hard to get any credit, even an account with Telstra, which was a huge pain. We had to rely on help from the Salvation Army for furniture and food parcels for a few months until I got back on my feet.
For years the low life didn’t pay child support and the child support agency had to garnish his wages to recoup some of the money he owed us. His access wasn’t overly frequent either. We had a custody arrangement where he would have Josh every second weekend but he would ring up half an hour beforehand and cancel. He was also bad mouthing me to Josh and threatened me with physical abuse a few times, which wasn’t on as far as I was concerned. The last straw came when I was a little late picking up Josh and he hit my car with his fist, so I stopped access. He wasn’t looking after Josh properly when he had him anyway, didn’t wash him or feed him properly. So I had numerous grounds to stop all access.
At this point in time, I was diagnosed as clinically depressed. Apparently, I had been suffering with it since my teenage years and I didn’t even know it.
I was completing my business degree at Monash Uni, working at Myer part time, running a house and a two year old. For those who criticise sole parents, it’s bloody hard work! I put myself through university twice, while working part time and looking after Josh by myself… it was no easy feat and I am quite proud of myself for doing it all.
I didn’t have, and continue to, not have any help from friends and family. Maybe I’m too independent or self reliant, who knows but I have never been one to need or accept help from anyone. I also find it hard to open myself up to other people and can be seen as snobbish and quiet but I am actually quite shy until I get to know people.
In the years following, I had two failed long term relationships and in the process of obtaining my second divorce. I put these down to my independence and the need to be in control of everything, which I am slowly letting go of, as I want my current relationship to work and for over a year it has been great.
So, to put this into perspective for you… even if you have it tough, you can change your life for the better. Even if it doesn’t seem so now, there is always a light at the end of the tunnel. I am testament to this.

After all the ups and downs of my life, I now couldn’t be happier. I am financially secure. I have a successful business. Three happy and well adjusted boys (my eldest, Josh, is now an apprentice chef and studies at the Sofitel Culinary School. Everyone says what a polite, responsible young man he is, so I must have done something right). A house and life I love. Life really couldn’t be better.

I still have depression and manage it with medication and my lifestyle. It has taken fifteen years to recognise when I am heading down hill and to do something about it. I still don’t handle negative things happening in my life. Although, I have coped with the recent death of my mother and the break in of my house relatively well.   I still have down days and can deal with them by my own ways of beating the blues.
These include:
1. Putting some of my favourite dancey music on loud and sing/ dance. Instance mood lifter! Yay for 90s dance music!
2. Get outside in the sun. Vitamin D deficiency is a cause of depression, So get out there! Go for a walk, do some gardening, go have a coffee outside at a cafe, go to a park or the beach.
3. Tell someone how you are feeling. I cannot express how important this is! If you can talk it out with someone, it can make the world of difference.
4. Exercise regularly. The ‘feel good’ endorphin’s you get after exercise help relieve depression and help with sleep.
5. Cuddles! With your partner, kids, family, friends, whoever… instant pick me up! Not just for you but for them as well.
6. Be around positive people and make REAL friends.
7. Healthy living. Healthy food, lots of water. Need I say more? Healthy body equals a healthy mind.
8. Get out of the house. The absolute worse thing you can do is shut yourself off from the world. Make yourself go out. Go shopping, see a friend. Do anything but just get out of the house!

Those are my mood lifters but everyone is different. If you are struggling, please see your Doctor for help. Depression is not something that fixes or goes away by itself.

5 Memorable Ways to Style Your Bridesmaids and Groomsmen